Evidence – What does this mean in medicine? 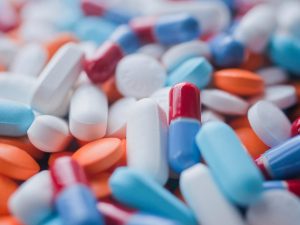 Have you ever wondered why pharmacists are sceptical when you come in and say, ‘that brand doesn’t work for me’ or ‘that one gives me hiccups’? Is it because pharmacists are inherently assholes that don’t like believing their patients? It definitely could be, some of us, myself included, have been known to be assholes occasionally. However, I personally like to think it’s mostly because of our belief in evidence-based medicine.

Let me give an example; I go to work with a headache and so I take some paracetamol. I take a home brand paracetamol that I’ve never used before. As soon as I take the paracetamol, my headache gets twice as bad. Almost everyone would blame the paracetamol for making the headache worse; it happened straight after I ingested the medication, surely it caused it? In fact, the timing is almost definitely a coincidence. The evidence base with multiple systematic reviews have shown that in millions of cases, this hasn’t happened before. This means that it is far more likely that the headache getting worse is due to something else. Maybe it was getting worse anyway? Maybe the third coffee this morning was one to many? This is why most pharmacists, doctors and other health professionals may be sceptical when you say “that medication doesn’t work for me” or “that gave me a rash” when the literature hasn’t shown that medication to cause that side effect before. True, maybe you are the first reported case, maybe it is an unknown side effect that hasn’t been seen before but how can you truly know that the rash was due to that medication?

Good research uses a control group who take placebo medications to ensure that you can rule out bias as much as possible. This group literally only takes a sugar tablet or a chalk tablet that has been proven to have no effect. After months, however, this group always has side effects and often experiences a benefit anyway. This is the placebo effect. In life, you don’t have a comparison group that you can compare to. There’s not another version of you who didn’t take the tablet, so it is almost impossible to know if the effect was because of the medication or whether it was completely unrelated. We have to rely on the evidence base available and believe what it says and this often makes us seem like sceptics.